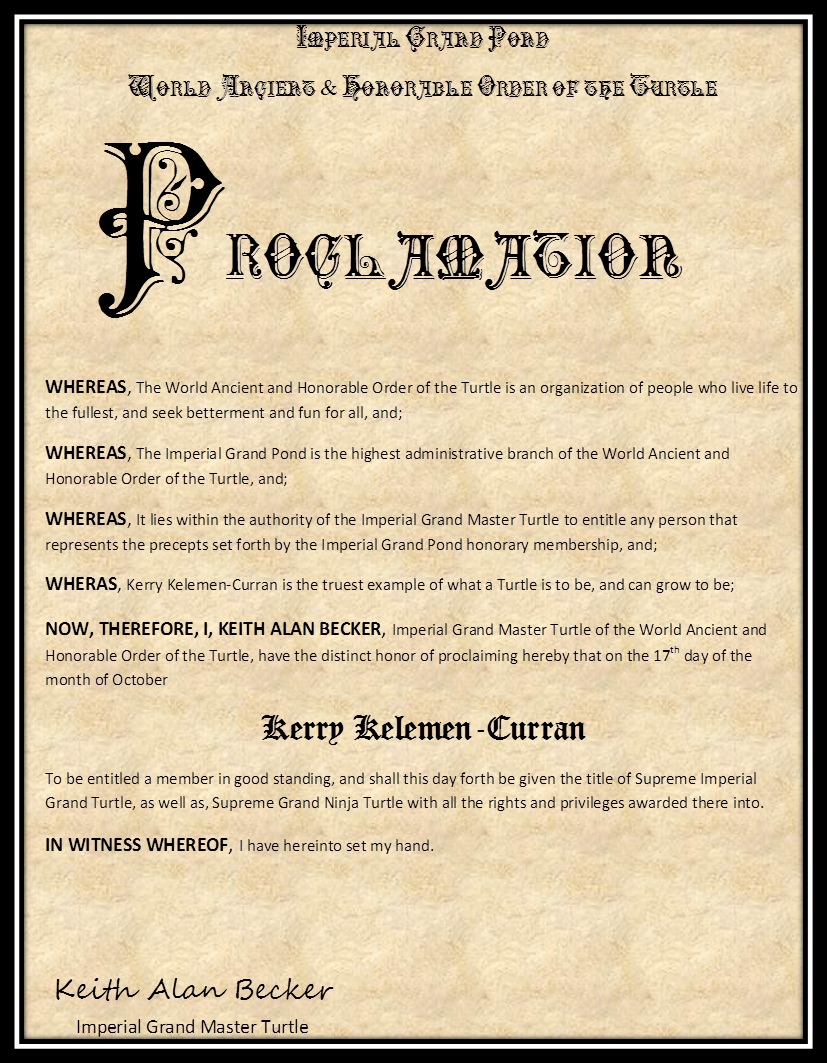 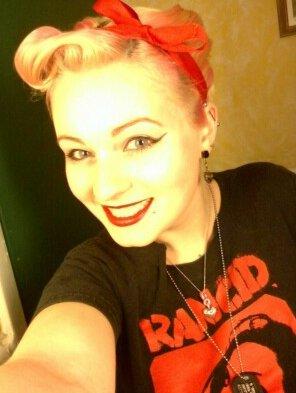 On Kerry's 24th birthday she was diagnosed with AML (Acute Myelogenous Leukemia).

She began her treatment as an uninsured visitor in Canada where she underwent 2 rounds of chemo - both at the University of Alberta Hospital in Edmonton, Alberta, Canada.

She was transferred home to Sloan Kettering Memorial Hospital in New York City where she received a bone marrow transplant from her big brother in October. In January we learned that the transplant was not successful. The leukemia was back, but Kerry kept fighting.

In May 2011 Kerry married the love of her life on the Staten Island Ferry. It was the happiest day of her life.

She then traveled to Boston. After one last experimental treatment, Kerry returned to Sloan Kettering in NYC.

Kerry lost her battle with AMl on July 10th 2011 with her husband and mother at her side. Kerry lives on in the lives of the thousands of people her story touched.

It is the pleaseure of the Imperial Grand Pond to globally support the folllowing charites:

All Charitable Funds raised by the Imperial Grand Pond shall primarily support one, if not all, these charities.

We have decided to support them because we all know someone who has, or may have had, cancer at some point. Cancer is a disease that strikes many and is one that takes too many lives. We have concluded that our focus shall be on to aid and assist these Charities to further the research for a cure and generate awareness in our communities. We would encourage every Pond to support the Imperial Grand Pond in this effort, and start up your own fundraisers.

New Official Sport of the Turtles

I have decided that it is time to add a little more fun to our turtleing, so we will now support the grand sport of Beer Pong in all of its grand and historic honor as a true test of athlecitc and mental abilty.

on Sunday 5/19/2013, after a very good rehearsal of the third degree, four more joined the ranks of the Turtles.

So you may ask me; What is a Ninja Turtle?

well at least how does it relate to the Turtles here?

simply put a Ninja Turtle is a Turtle that is extremely active, that is to say active in running, walking, biking, swimming or whatever have you and does this on a regular basis to help charity or community outreach.

The best thing a turtle can do is be active and not stay still...."you never get anywhere just standing around"

Our very first Ninja Turtle I would like to announce is Jamie Becker, she continues to run miles every day using a phone app called chairty miles to use here active life to benift many good casues, and also signs up for half-marathons and 5K's. She also has gotten me interested in this endeavor and i hope to join her as a Ninja Turtle. She is a true inspiration to me and someone i depend on very much to get me out of my Laziness shell as it were.

Congratulations Ninja Turtle Jamie Becker, you are number one!

I would like to congradulate the very new Pond that has been stared in Troy, Ny by our very own Deputy Grand  Imperial Master Turtle.

They have decided to call this new Chapter Uncle Sams Pond, and i cant agree more!

As side note the Turtles of Queensbury Pond, the first inaugiral pond for us, have decided to call it the Miners Pond; and the Masons from Queensbury lodge 121 may know why?

we are on our way to bigger and better things, we are organized, motivated and enthusiastic!

I want to encourage everyone to hurry and send in their application so that we can get a good head count, we are really shooting for 20 -25 hatchilings for this initiation.

I also want to remind everyone that you do not have to drink if you do not, we are a social club whose foundation was a drinking club of air-force pilots to lay back and relax. We all do that differently and we want everyone to join us in the enjoyment of each others company.

We are shooting for a Late May early June Hatching so please get your application in, we want to ensure that we have everyone accounted for.

To be so completely drunk that once fallen over and are lying on the ground, one cannot pick themselves up and requires help,akin to a turtle which is helpless when placed upside down on its back.

i should clerify that we do not promote "Getting Drunk" but having a couple drinks with friends is what i refer to Turlted!

Looking for a few good Turtles?

We are always looking for new interested folks that like to hang out and have fun, please find us or drop us a line we would love for you to join us.